The site was originally the location of Clarendon Place; a terrace of five red-brick four-storey houses built in the early 19th century and demolished by 1930.

The King George VI Youth Hall was built on the site c1957-1958 to a design by Reginald Wilshere. A planning application (Z/1987/0010) approved in February 1987 permitted the demolition of the building and use of the site as a surface car park.

A planning application (Z/2006/2415/F) submitted in October 2006 by Barnabas Venture and May Street Presbyterian Church, with Knox & Clayton Architects, proposed to redevelop the site and adjoining church building. The c£72m proposal initially comprised office accommodation, 54no. apartments, church building, exhibition facilities, café, restaurant and retail space along with 54 basement parking spaces. The application was amended in 2008 and the number of proposed apartments increased to 80no. and the number of car parking spaces increased to 80no. spaces. DoE Planning issued a recommendation to refuse the application in March 2009. Prior to a formal decision the application was withdrawn by the applicant in May 2009.

A planning application proposing an 8-storey office building on the site is expected to be submitted to Belfast City Council during 2016. 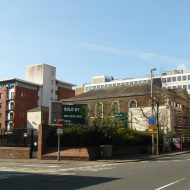 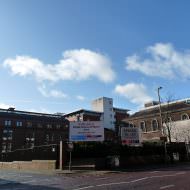 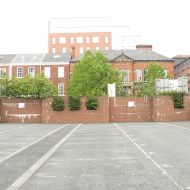 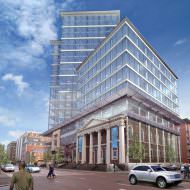 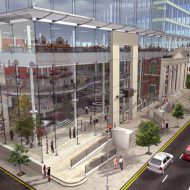 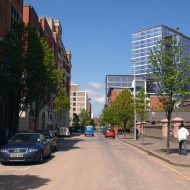 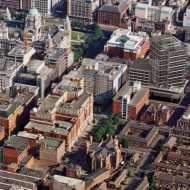 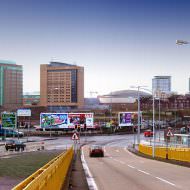