A four storey townhouse developed for Mr J. McCammond c.1830 as part of a residential terrace.

First occupied by a Dr Forsythe during the 1830s and 1840s, and then by Sir William Johnson, magistrate and former mayor of Belfast until the late 1880s. The property was purchased at auction for £1,000 by Dr Andrew McConnell c1890.

The property was repossessed and Lambert Smith Hampton placed the building on the market in 2015 with offers invited in the region of £150,000. The building sold for an undisclosed sum.

Dunedin Developments Ireland and APS Architects submitted a planning application (LA04/2016/1566/F) in July 2016 proposing to change the use of the building to residential, refurbish and extend to provide 6no. apartments. The application was approved in May 2017. 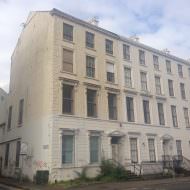 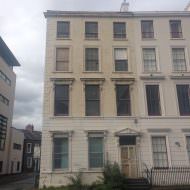 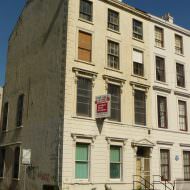 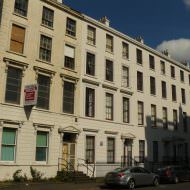